How to Thank a Veteran This Year 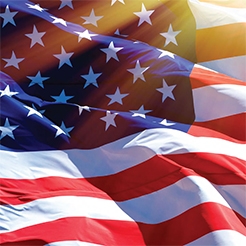 We are doing poorly when it comes to supporting the military to civilian transition. Indicators abound that the private sector is inhibiting military veterans from surviving the private sector equivalent of the Golden Hour – 18 months of employment with the same company. It is occurring because veterans are inappropriately trained and educated on the hiring and selection process, being hired into companies where they do not fit, into roles that are not right for their skills and abilities, with incorrect expectations, where they are under-employed and under-valued, without appropriate mentorship and working for supervisors and leaders who do not understand the veteran, their culture or language.

Golden Hour: the first hour after the occurrence of a traumatic injury, considered the most critical for successful emergency treatment.

According to multiple studies, nearly 50% of military veterans leave their first job within their first year; it grows to nearly 80% within the first 18 months. Although today, unemployment rates for veterans are equal to or better than their non-veteran counterparts, recent studies indicate retention rates for military veterans have not improved and veteran applications have nearly tripled in the last year. Initial conclusions are that both the transitioning veteran and private sector business leaders are shortsighted and inadequately prepared. Veterans are jumping at jobs because they are running out of time before Uncle Sam’s stops paying them. And business leaders are hiring veterans just for the sake of hiring veterans or just to fill a current vacancy.

Like the current transitioning veteran, I was also not prepared for the military to civilian transition. The Army trained me for over 16 weeks to become an Infantryman and trained me for only 5 days to become a civilian. I applied over 155 times to private sector opportunities (that does not include the hundreds of applications for government sector jobs) and I didn’t get anything in return. I finally accepted two telephonic interviews and did horribly. I didn’t know how to speak “private-sector English.” I didn’t have a clue. Then after being hired, I struggled with the culture of the civilian workforce – after four years, I still do. Luckily, I landed a role with a company, Koch Industries, whose values were perfectly aligned with mine, whose culture enabled me to find something I could trust in, and whose vision enabled me to self-actualize.

Unfortunately, I cannot say it was by design. It was merely a coincidence and luck.

There are hundreds of businesses, non-profits, consultants, organizations, government programs, etc., who focus on helping a veteran land a job. Every time you turn around there is another 10 who claim to have the solution and promise to present to companies the best of the best. But the dire retention and turnover statistics remain. It is time that businesses do a better job of enabling the new veteran employee to acclimate and assimilate into the private sector. What better way to say, “Thank you for your service” than putting your money where your mouth is.

A good business leader will ensure investments produce benefits. So, a logical goal for every employer who hires a military veteran should be to ensure the new veteran employee survives the private sector equivalent of the Golden Hour – which, according to recent studies is approximately 18 months. If they survive that Golden Hour, military veterans are much more likely to remain with their new company for 10 years or more, and consistently provide superior products for customers.

Before creating a solution, you must first understand the problem. What is the barrier to the military to civilian transition? It is something I call the profound communication and cultural gap. It’s an abyss.

This language and cultural barrier create huge challenges in the application and interview processes; and more so in the acclimation and assimilation phases of the military to civilian transition for the veteran, his/her spouse, and their children. It can be debilitating. It causes anxiety, depression, and other behavioral difficulties. Private sector supervisors and HR managers compound the complex situation because they do not appreciate the psychological and cultural transition their new veteran employees are undergoing. They frequently interpret these military veterans’ responses and reactions as Post traumatic stress. Their uninformed and uneducated reaction often causes the veteran to leave their new job, sometimes leads to veteran homelessness and even suicide.

We, at Koch Industries are trying to overcome this barrier. For us, it’s part of our culture. Koch’s vision focuses on improving the lives of society, providing superior products to our customers, and helping our employees self-actualize. It is a vision based on mutually beneficial relationships. Satisfying our military veteran employees improves service to our customers and benefits our society. Helping the military veteran to realize their potential also enhances society’s perception of how military service leads to satisfactory employment. In turn, our young men and women may be more open to volunteer for military service.

Without knowing the components of this barrier and appreciating the associated challenges, you can’t build a program to overcome it. Here are seven suggestions:

I know from personal experience that veterans aren’t looking for handouts. So, why such an effort? It is much more than patriotism. It is compassionate, entrepreneurial, holistic, and it makes great business sense. Additionally, it is the best way to say, “Thank you for your service.”

Establishing a program with these components is a great way to thank a veteran for their service. It will ensure new veteran employees and their families survive the private sector Golden Hour and win their military to civilian transition battle. Ultimately, you will realize your investment in military veteran employees.