The Importance of Grassroots 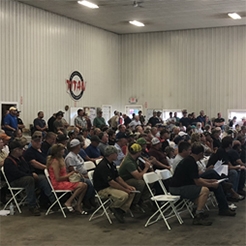 Note: The Forest Resources Association does not take positions on or become active in state-level issues. This blog post is not intended as support for any policy position, or an analysis of biomass electricity, but rather an endorsement of the power and importance of grassroots activities by the forest products industry. When FRA solicits member support on federal issues – usually by asking for calls and emails to your legislators on a specific issue – remember that a strength of our industry is the collective voice we can muster on issues important to the forests and forest economy.

On a July night, 200 loggers, truckers and members of New Hampshire’s forest industry gathered in a logger’s garage. The governor had just vetoed legislation that would have supported six stand-alone biomass power plants, threatening the market for about 1.7 million tons of wood annually.

Biomass plants have long been an important market for low-grade wood in the Granite State. In the 1980s, eight wood-fired power plants began operations; six of them remain. In 2005, the state’s largest utility converted a coal plant to biomass, and in 2013 a new biomass power plant opened at the site of a closed pulp mill. During this same period, the state lost two pulp mills, and some pulp mills in nearby Maine shrunk or closed.

As regional markets for wood have changed, biomass has become an increasingly important outlet for landowners, loggers and mills operating in New Hampshire. In 2004, biomass was 23% of the state’s harvest and pulpwood was 39%. In 2016 (the last year with full data available), those figures had roughly reversed – 41% of the state’s harvest volume was biomass, and only 24% was pulpwood.

Which brings us back to the garage on a hot summer night. Billed as a rally for the forest products industry, this was really a class in grassroots activism. Organized by the NH Timberland Owners Association, the state’s forest products industry association, the evening featured a number of speakers on the importance of contacting legislators, developing broad public awareness, and making the industry’s voice heard.

At the rally and in the weeks since, the industry has taken a series of steps to build grassroots support to override the governor’s veto, and others around the country can learn from their efforts:

At this point, it is far too early to tell if the veto override will be successful. Getting two-thirds support in both the NH House and Senate is tough, particularly when the governor is working against the bills. However, given the enormous grassroots efforts the NH Timberland Owners Association is leading, there is no doubt that the industry focused its attention on an issue of importance to them, and in doing so have raised the profile and strength of the state’s timber industry. 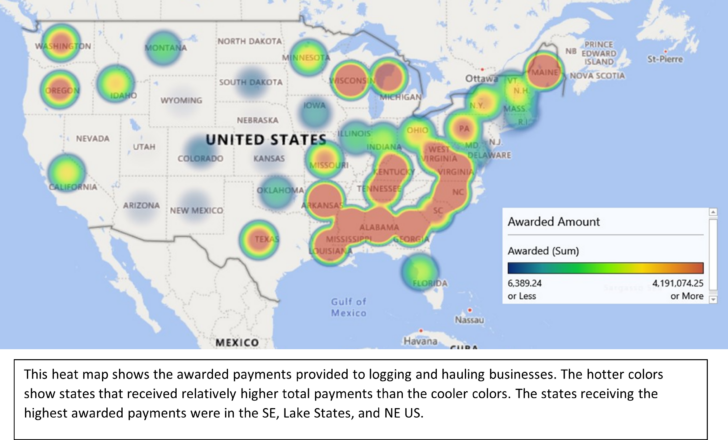 In December 2020, the final spending bill provided discretionary funding of...