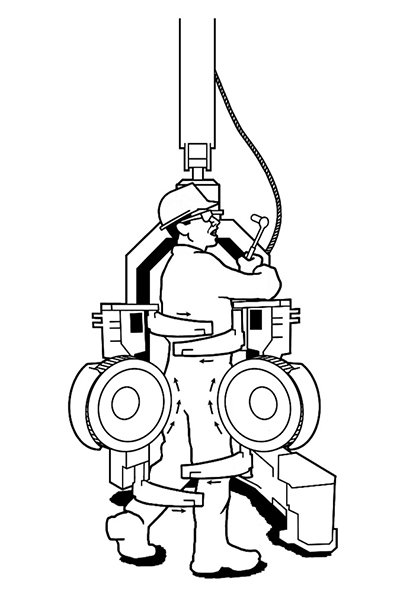 On a mid-winter morning in the Lake States Region, a logger began his workday by performing maintenance on the processor head of his recently purchased cut-to-length harvesting machinery.

The logger was in his forties and had been working in the woods all his adult life. He was considered by most to be a safe and conscientious individual. He had never been previously injured while working in the woods. However, the shortwood (cut-to-length) system was new to him and was a challenge to learn.

He arrived to work with a bolt to put on the processor’s head. The bolt was needed to hold a guard in place which protected the hydraulic cylinders from damage while processing trees. He checked the fluid levels of the machine and started it up, leaving the engine idling to warm it up. The machine was still running when he reached in to thread the bolt into the hole.

While he was threading the bolt, the grab arms of the machine closed and pulled him into the head of the processor. The grab arms held him, and the feed rollers started slowly spinning, rubbing against the man’s body.

The logger lost consciousness. Fortunately, his co-worker saw what happened and was able to quickly open the arms of the head and shut the machine down. The man was rushed to the hospital by ambulance, where he was held for a brief stay for treatment of soft tissue damage. No bones were broken, and the logger was expected to make a complete recovery.

While the reasons the arms grabbed the man and pulled him into the machine are not clear, the accident would have been avoided if the following lockout/tagout procedures had been followed before beginning maintenance:

22-S-09 Steel Shard In Worker’s Eye: A Reminder of the Importance of Protective Eyewear