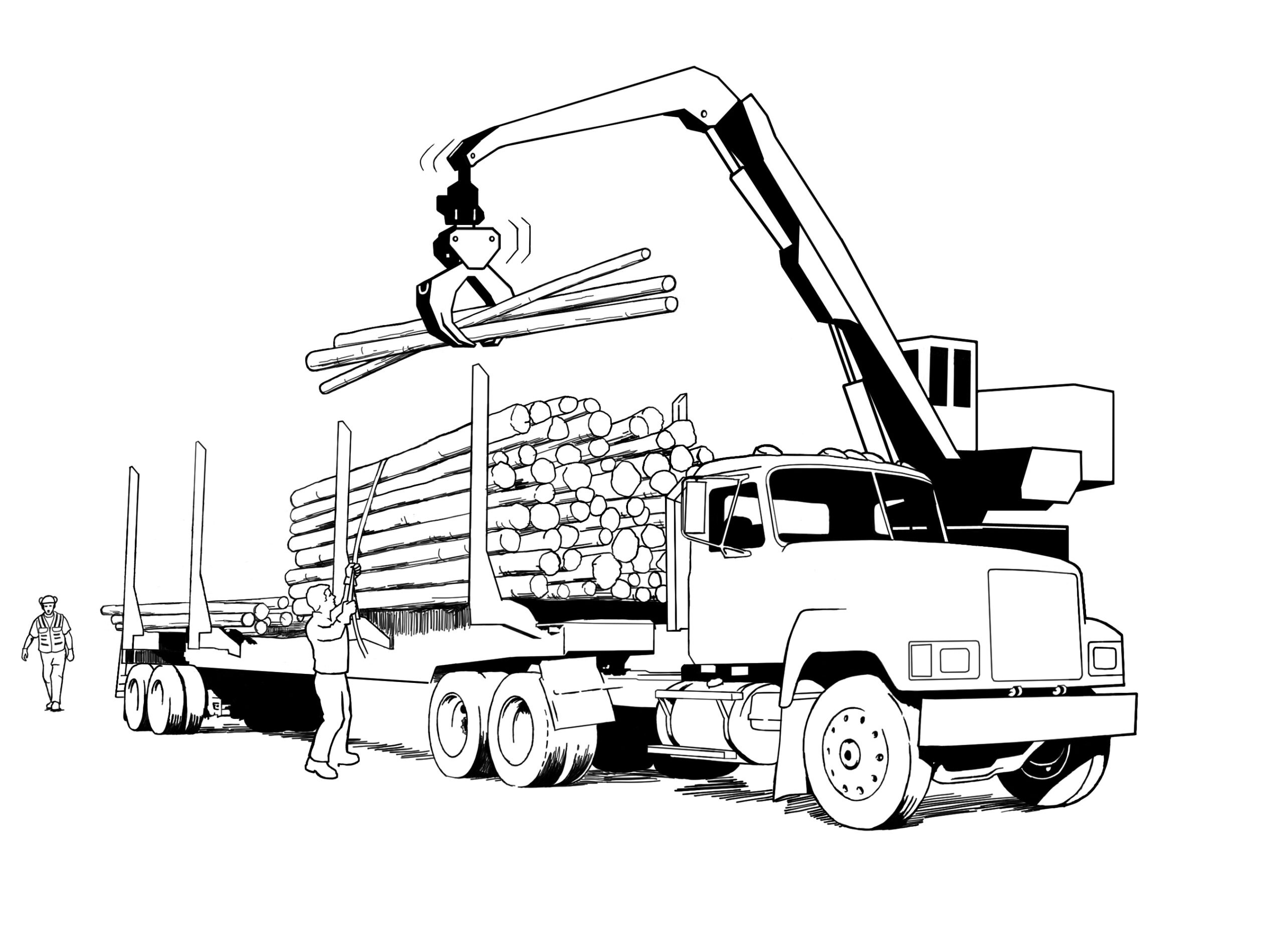 On a clear spring day in the Appalachians, a timber harvesting operation was actively working. The loader operator was engaged in loading a tractor-trailer with two bunks of 20′ pulpwood. The first bunk was loaded, and the loader operator began to load the second bunk.

The loader operator was in his early 50’s and had been working in the logging industry for over 30 years. The contracted truck driver was also in his 50’s and had been hauling wood for several years. It is unknown what formal safety training either of the workers had.

The front bunk had been loaded, and the truck driver approached the truck on the far side of the trailer and began to unroll his tie-down straps. The loader operator could not see the driver and wasn’t aware that he had walked close to the trailer. The driver wasn’t wearing a hardhat or other safety equipment.

The company forester, arriving on to the job, observed the situation. He saw the grapple, full of wood, carried high over the trailer while the driver was busy working on the opposite side. The forester moved quickly to get the loader operator’s attention and stopped the loading process. No accident occurred, but the situation presented a high risk. If the wood had slipped or a hydraulic line broke, there could have been a serious injury or fatality.

None. The owner of the crew was grateful that the forester intervened.