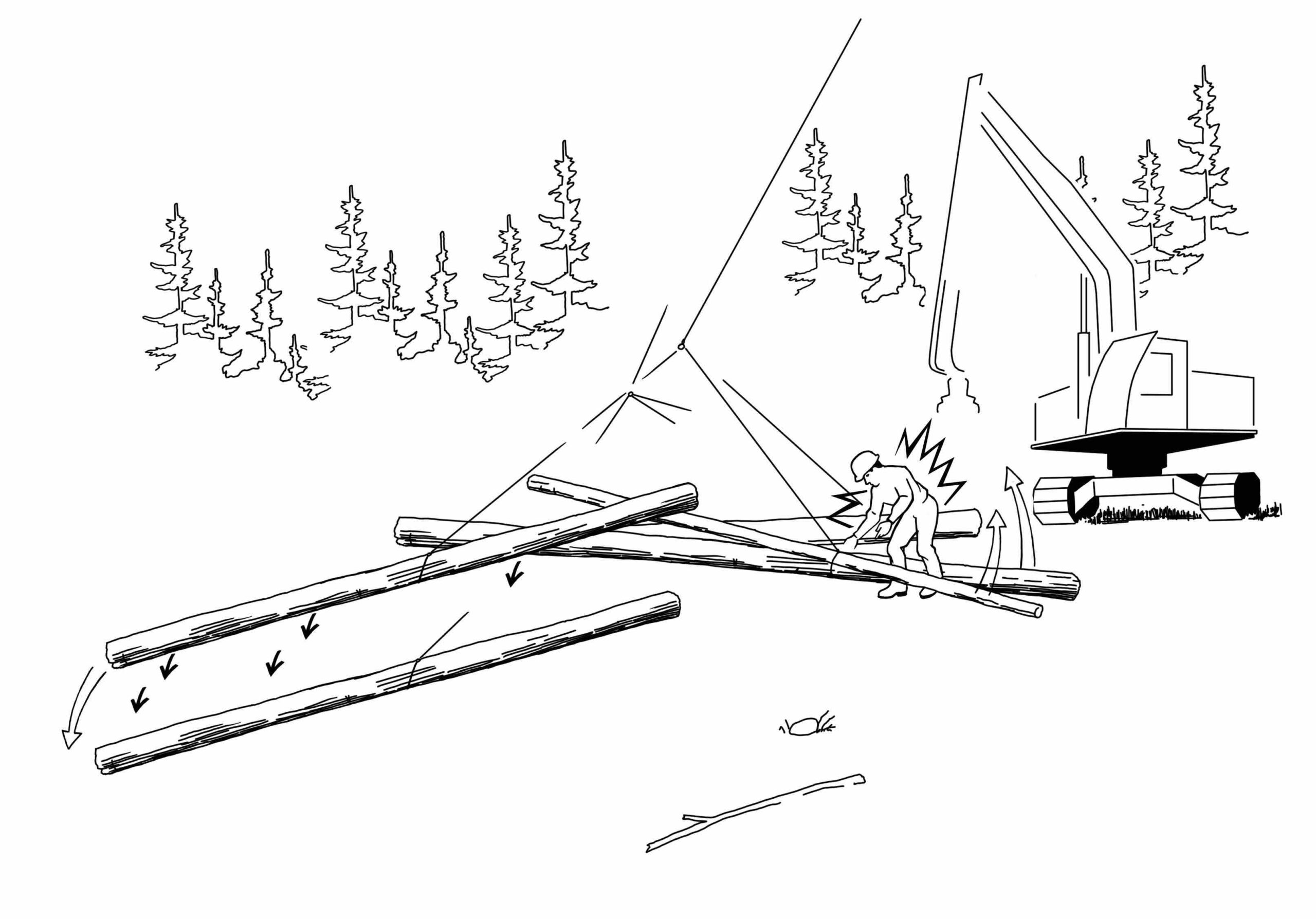 On a September day in the Pacific Northwest, a 31-year-old chaser died after he was crushed between two logs while working on the landing of a cable logging operation.

The chaser who was involved had worked in the logging industry for over six years.

The yarder engineer had over 40 years of experience in the logging industry.

The yarder engineer brought in a turn of four logs held by three chokers with two short-end singles and one long-end bonus. As soon as the logs hit the landing, the chaser moved in to unbell them. He did not make eye contact with the engineer or wait to make sure the logs were going to stay in place. He stepped in between the two logs choked together (“bonus”).

As the chaser attempted to unhook the two logs, one of the short-end single choked logs slid back downhill. The movement of this log caused all the chokers to tighten up, which lifted the logs off the ground. The two logs the chaser was standing between came together, crushing the upper part of his body.

The chaser died at the scene.