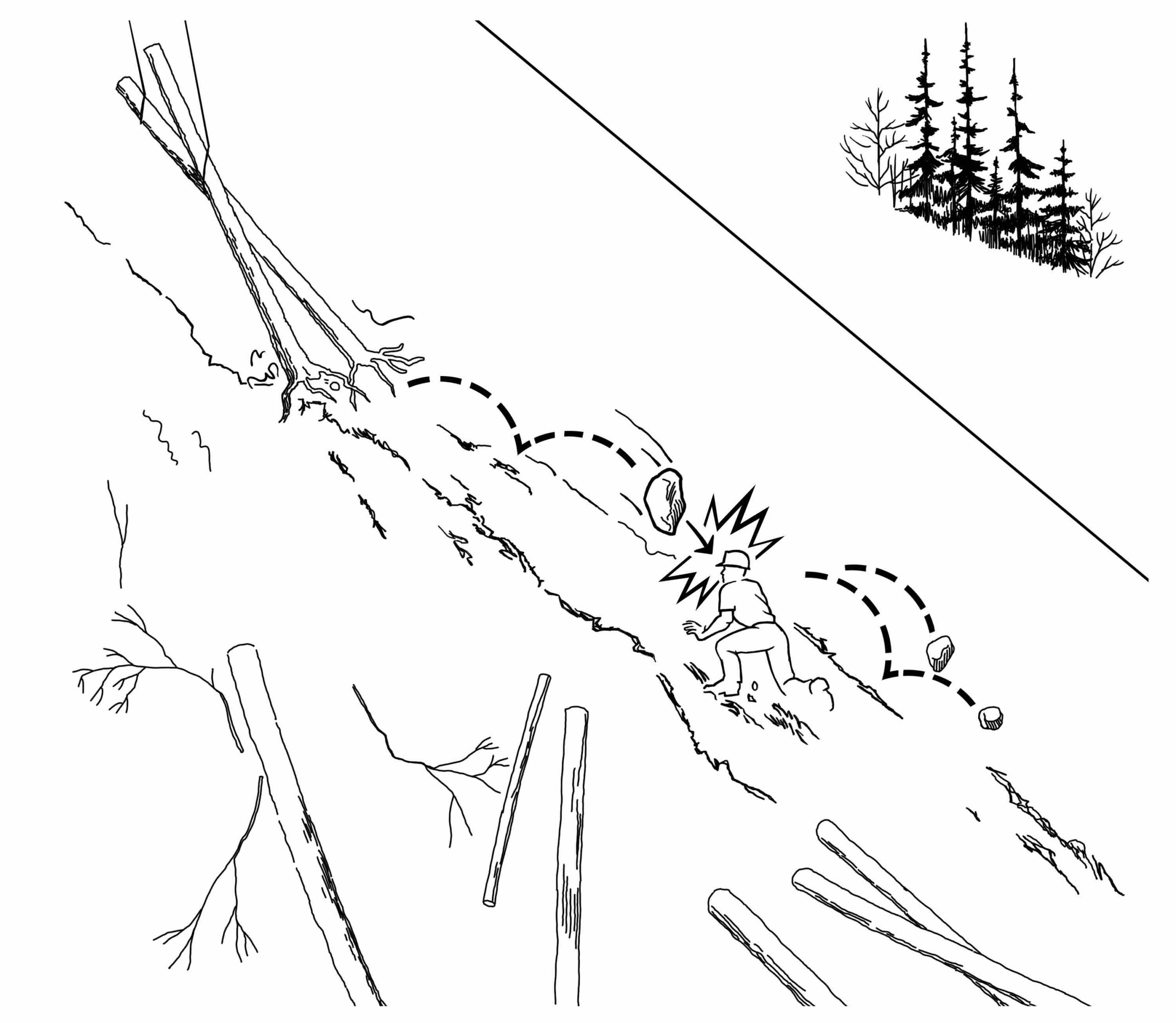 On a March day in the Pacific Northwest, a hooktender was badly injured when he was struck by a rolling rock that was dislodged from a windthrow’s root wad by a moving turn.

The site was located on a 70% slope with steep side slopes.

The choker setter set a three-log turn, and then went uphill to the opposite side of the draw with the rigging slinger. The hooktender remained on the other side of the draw, downhill of the skyline.

The hooktender gave the all-clear, and they went ahead on the turn. As the turn started to move uphill, the hooktender started walking across the hillside toward the skyline to set the next turn. The turn went up and over an old windthrow, causing it to roll and dislodge three large rocks from its root wad.

The choker setter saw the rocks start to roll and yelled to the hooktender. The hooktender was able to avoid the first two, but the largest rock struck him, throwing him 25 feet downhill.

The hooktender suffered four breaks in his leg, two fractured ribs, and a ruptured lung.