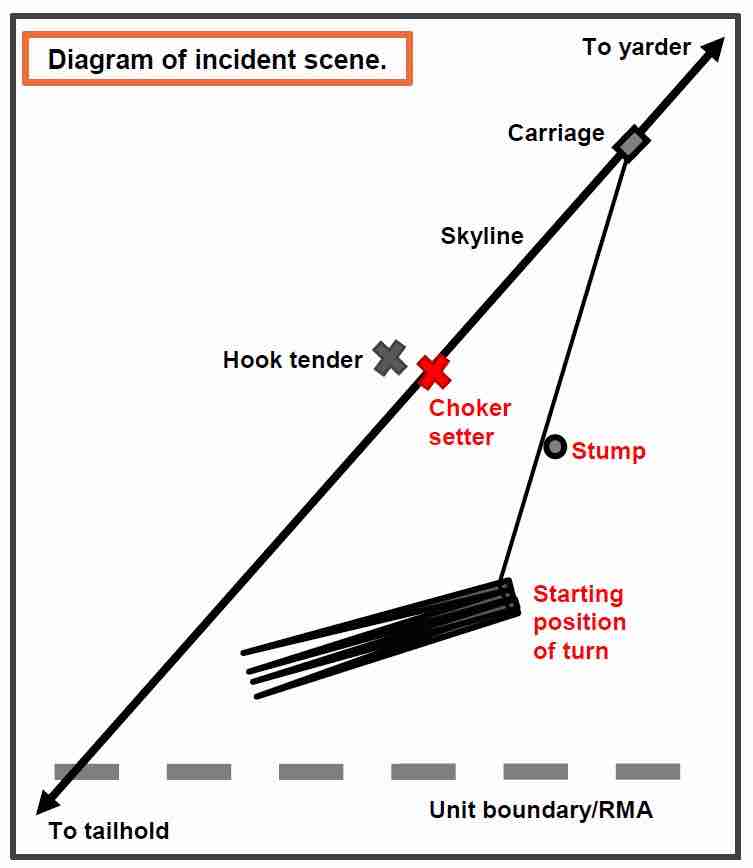 On an average spring day in the Pacific Northwest, a three-man rigging crew was logging buncher piles on a flat area below an 80% slope near a riparian management area. They were about 850 feet from the landing. After the crew set a single choker on a four-log pile, the rigging slinger cleared out into the riparian management area and the choker setter and hook tender cleared up the hill and under the skyline. The rigging slinger asked the choker setter and hook tender if they were in the clear and they answered that they were.

As the turn started to move, the tops hung up in another pile next to it. The butts are then hung up on a stump directly below the choker setter and hook tender. As the lines tightened, the turn cleared from the stump and it swung up the hill and struck the choker setter.

The crew radioed the company owner. When he arrived, the choker setter was sitting up and alert. His ankle was hurt, but he did not have any life-threatening injuries. The crew carried him to the road and took him to an urgent care clinic where he was treated for a sprained ankle and released.

The choker setter and hook tender were directly up the hill under the skyline and were not in the clear, even though they both verbalized being clear.

Originally published by SHARP. Click here for their Hazard Brief.