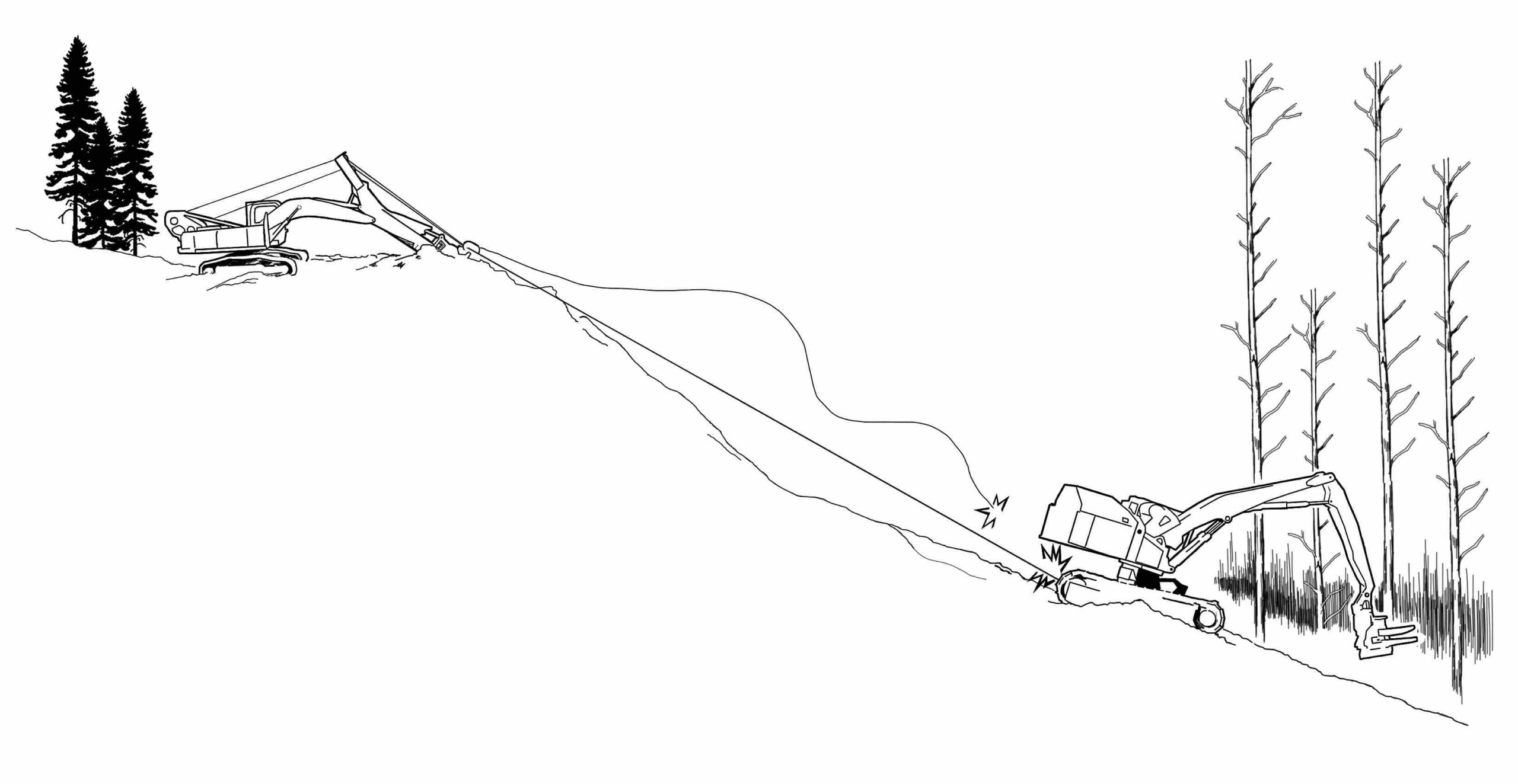 In May 2018, the operator of a steep slope machine on a two-line tethered logging system had a near-miss when one of the cables broke at the connection socket after it was damaged during base machine repositioning.

The operator had over 20 years of experience and had over 500 hours on a tethered system.

Before the incident, the operator needed to reposition the base machine to begin cutting a new strip. He disconnected the lines and chains from the cutting machine. The park break was set so that the lines could not feed in or out of the drums. As he moved the base machine, the termination points dangled near the lower sheaves.

While he was digging in the bucket, he heard a “pop” and saw one of the lines whip against the boom. When he finished securing the bucket, he got out of the base machine and reconnected both lines to the steep slope machine. He glanced at the termination points while hooking them up but didn’t stop to thoroughly inspect them.

When he finished hooking up, he got into the steep slope machine (SSM), took up the slack in the lines, and put it into automatic mode. Then he began walking the machine down the 40% slope. After just a few feet, the operator felt a jerk from the direction of the base machine behind him up the hill. He looked back and saw that one of the tether lines had broken at the termination point.

He immediately stopped the machine and called his supervisor.

The 7/8” swaged wire rope tether line was severely damaged at the termination point after the socket was caught on the bucket. When the operator started to walk the steep slope machine downhill, the line broke at relatively low tension.

An investigation found that the flat edge of the socket could catch against the lower sheave housing when the bucket was being moved, which can cause damage to the wire rope.

The line and termination point should have been inspected after the operator heard an unusual sound and saw it whip. The owner and operator both reported that they had regularly seen the lines come tight when repositioning the base machine but didn’t recognize that it could indicate a problem or potential line damage.