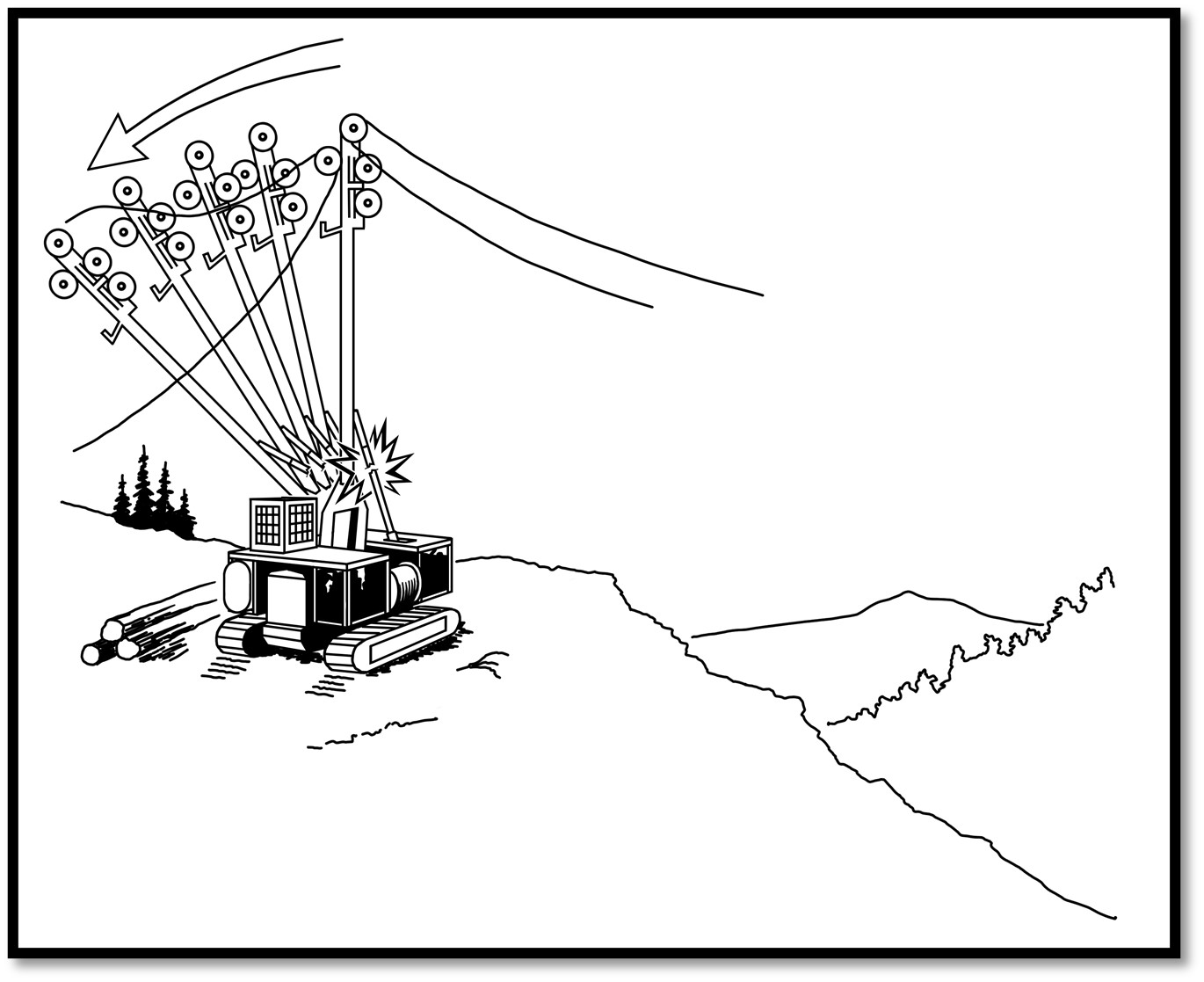 On a sunny day in New Zealand, an incident occurred while operating a swing yarder at a landing, resulting in a tower collapse.

The operator had over 15 years of experience on this type of yarder.

The yarder was being turned on the same landing for the next setting. Guy cables had been slackened (not connected to stumps) and had big bellies. The tower was positioned at 70 ft. The main rope was connected to the carriage with the clamps on. The carriage was located in front of the yarder and no other working cables were connected at the time of the incident.

The crew was running straw line ready for the yarder to pick up after it had been repositioned and the guy cables re-tensioned. There were no other persons working on the landing or behind the yarder at the time.

The yarder driver was about to push the lever that would place the tower in its correct pulling position, when he saw the carriage moving toward the yarder. There was a bang and the tower fell to the ground behind the yarder.

While repositioning the yarder, the stabilizer ram failed resulting in the pole collapsing backwards.