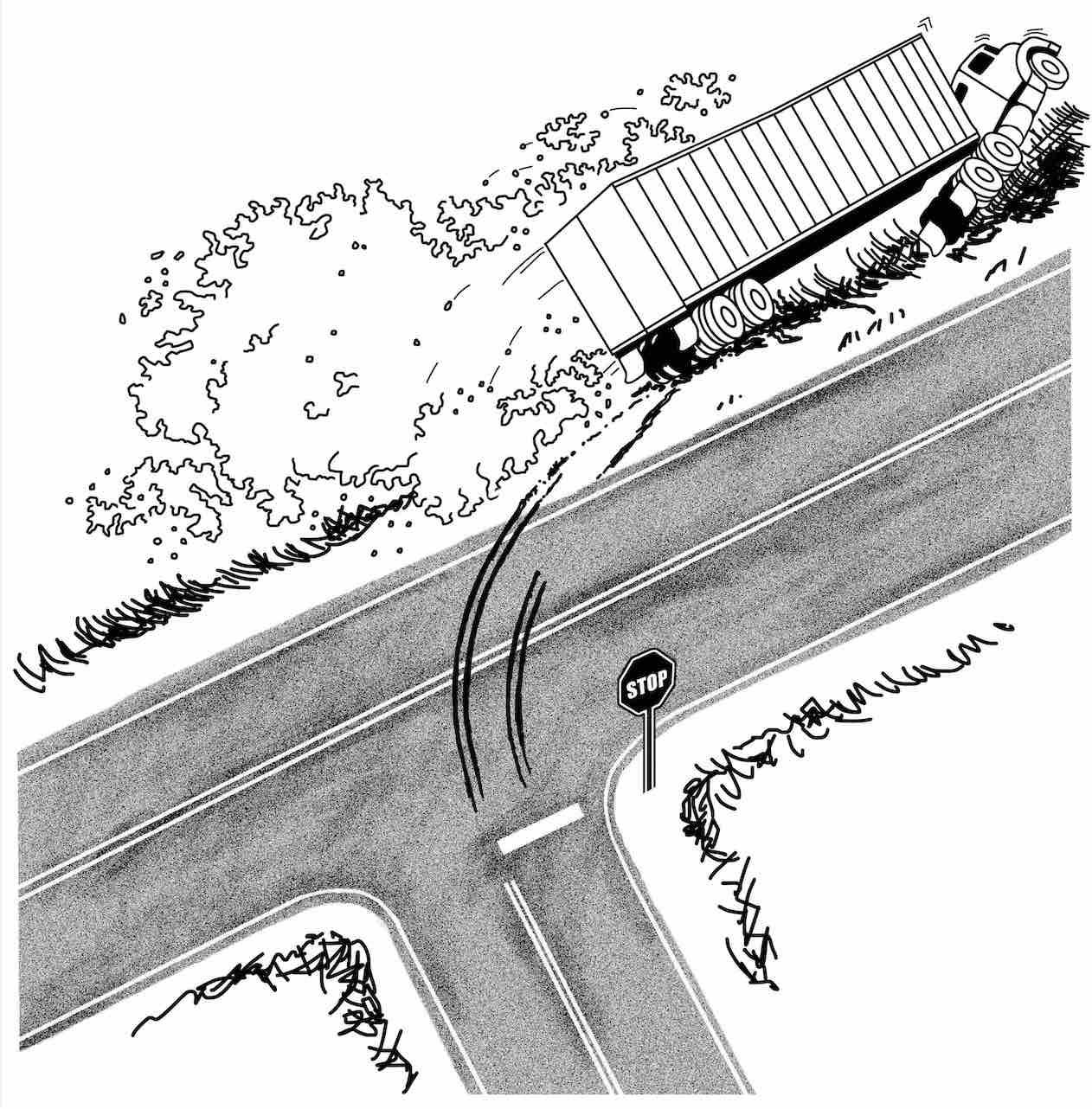 On an early morning winter day in the Lake States Region, a driver was hauling sawmill chips to a paper mill. The driver was on his last trip after a long night shift. He was 15 miles from his delivery destination when the incident occurred. Weather conditions were cold and clear, and the roads were in good condition.

The 32 year-old driver had more than 10 years of experience. He had made this trip multiple times during his employment with the trucking company. The driver had a clean driving record both professionally and personally.

The truck driver ran a stop sign of an uncontrolled intersection and crossed the road into the ditch. As he crossed the intersection, he awoke and turned the cab slightly to the right. This action likely avoided a serious injury as the trailer struck had a glancing blow to the cab when the truck rolled over, spilling its contents into the right-of-way. No other vehicles were involved in the accident.

The driver received a minor blow to the head as the trailer hit the cab. He was treated at a local hospital and received several stitches.

Your body can’t fight the need to sleep. Chemicals build up in your brain until they reach a tipping point and you will fall asleep. There are preventative measures that can prevent fatigued driving.

Causes of drowsy driving include lack of quality sleep, driving when you would normally be sleeping, and sleep disorders such as sleep apnea.

Symptoms of fatigue include

How to beat driver fatigue

22-S-09 Steel Shard In Worker’s Eye: A Reminder of the Importance of Protective Eyewear