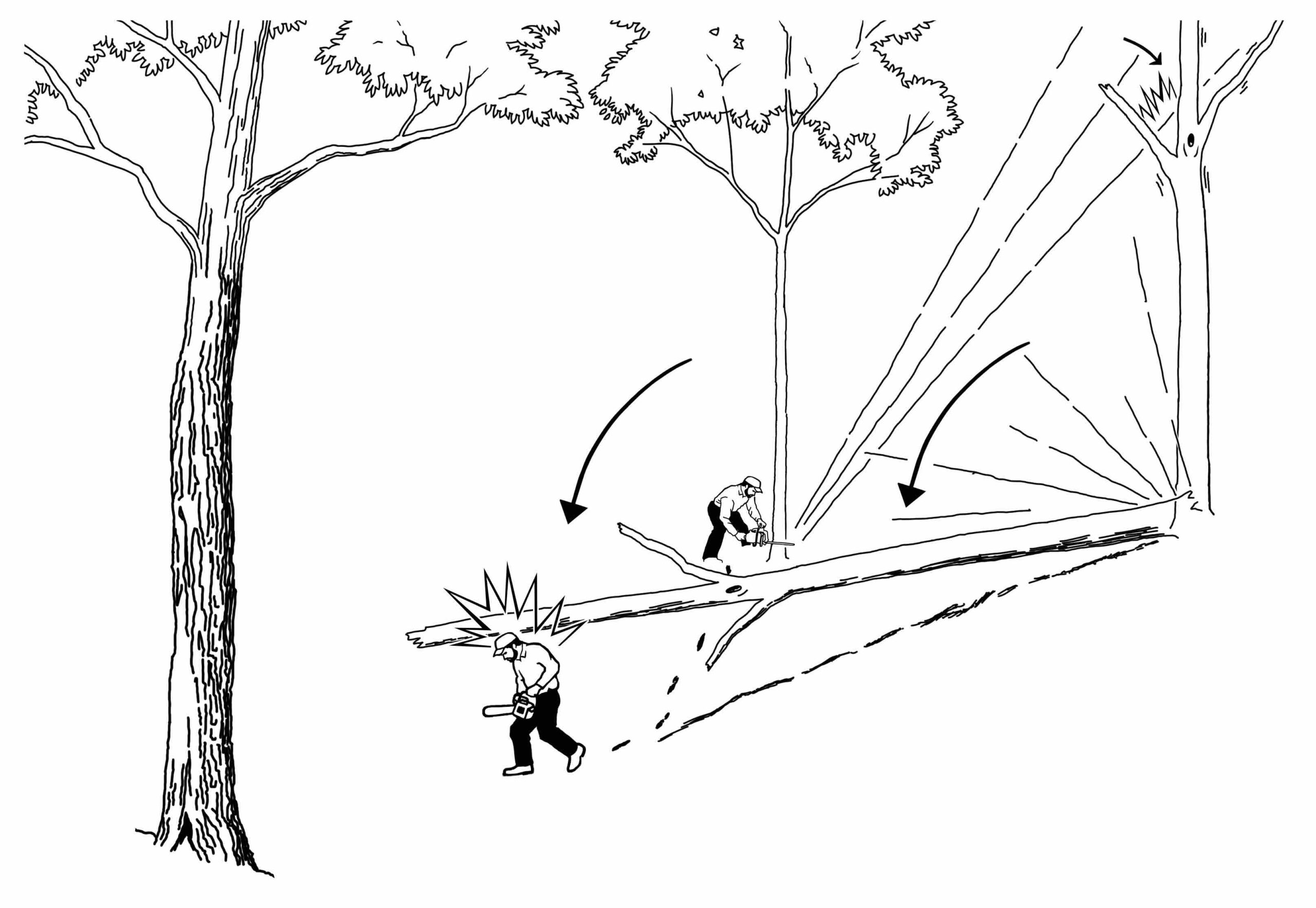 On a pleasant spring afternoon in the Appalachian Region, a timber cutter was preparing to cut a large, sawlog-sized beech tree. It appears that as he surveyed the drop zone, he realized that a small, 5” diameter sapling, located about 50 feet from the beech tree would be caught up in the top of the beech tree upon felling and would create a spring-pole hazard when he would be limbing and bucking the beech tree. He decided to eliminate that hazard by felling the 5” sapling.

The 33-year-old timber cutter had been felling trees for all of his adult years working in the woods. He had taken a professional chain saw safety/cutting course in the distant past, and he was considered by the owner of the business that contracted with him to be a safety-conscious timber cutter. He was working alone in the woods, but another adult was sitting in a vehicle approximately 200 yards from where the timber cutter was working.

The timber cutter was wearing all appropriate personal protective equipment except a hard hat. (Although he apparently had a religious exemption from the OSHA hard hat requirement, the medical examiner stated that a hard hat would not have made a difference in this incident.)

There was a 10” diameter, dead hickory snag in the drop zone of the 5” diameter sapling, about 25 feet away. Apparently the timber cutter figured the sapling would miss the snag or slide off it. He cut the 5” sapling, and as it was falling, he turned and started walking towards the beech tree.

The hickory snag hit the timber cutter squarely in the back of the head, neck, and shoulders, crushing them and pinning him to the ground. He was killed instantly.