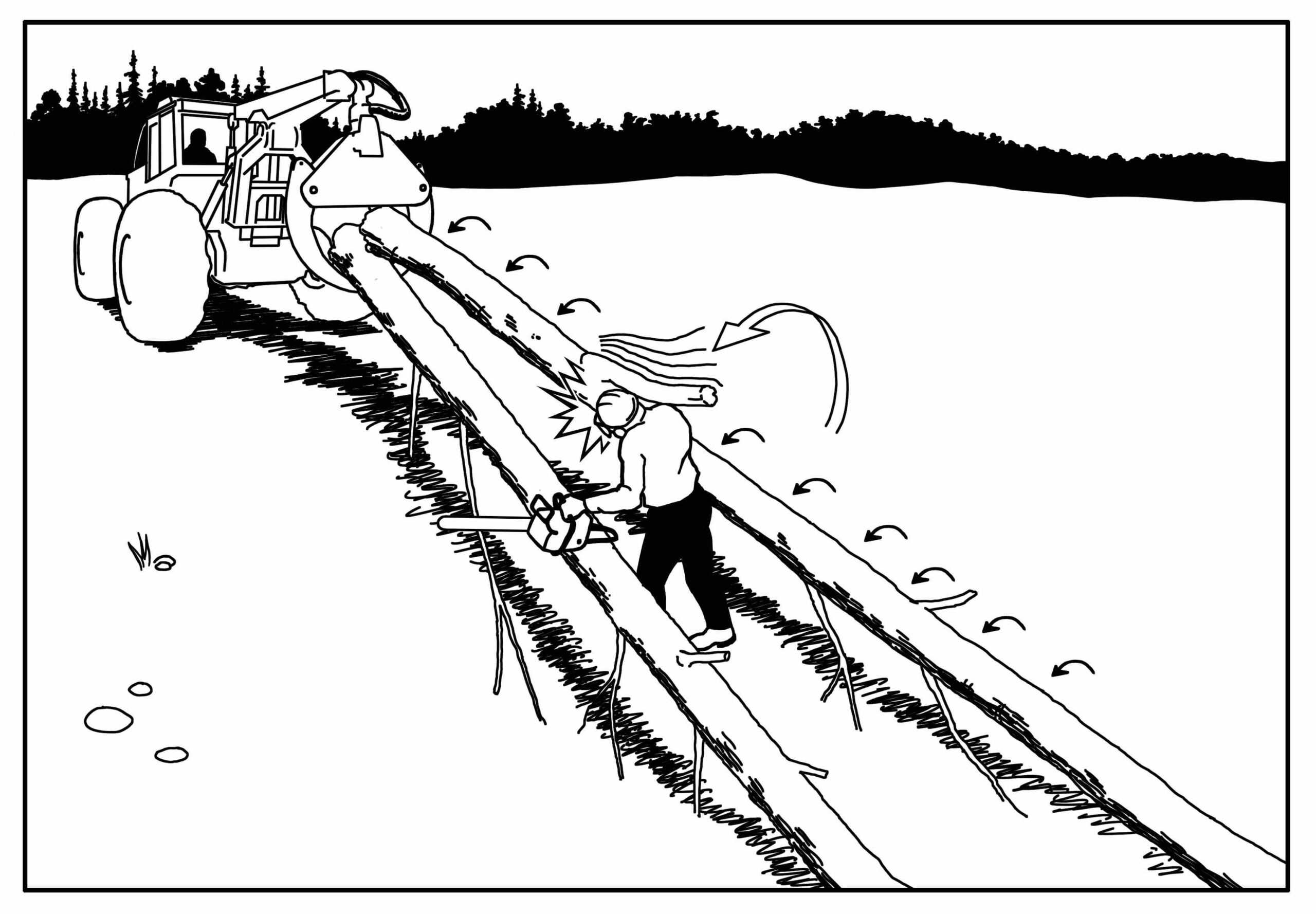 One late winter day in the Southeast, a chainsaw operator was trimming two beech trees at the landing. The excessively brushy trees had been pulled up to a flat area near the loader to be trimmed and have the brush piled.

The chainsaw operator was wearing all required PPE for the task at the time of the incident. He was considered fully trained to perform his duties.

The chainsaw operator looked back to the trees and began to take a step when the tree rolled again. As the tree rolled, a fork, about six inches in diameter, that had been on the bottom, swung around and struck the topper on the right shoulder and right side of his head.

As it continued moving, it knocked the chainsaw operator to the ground. He struck his head against the other tree, which caused it to be caught in between the two trees. This was the fatal blow.