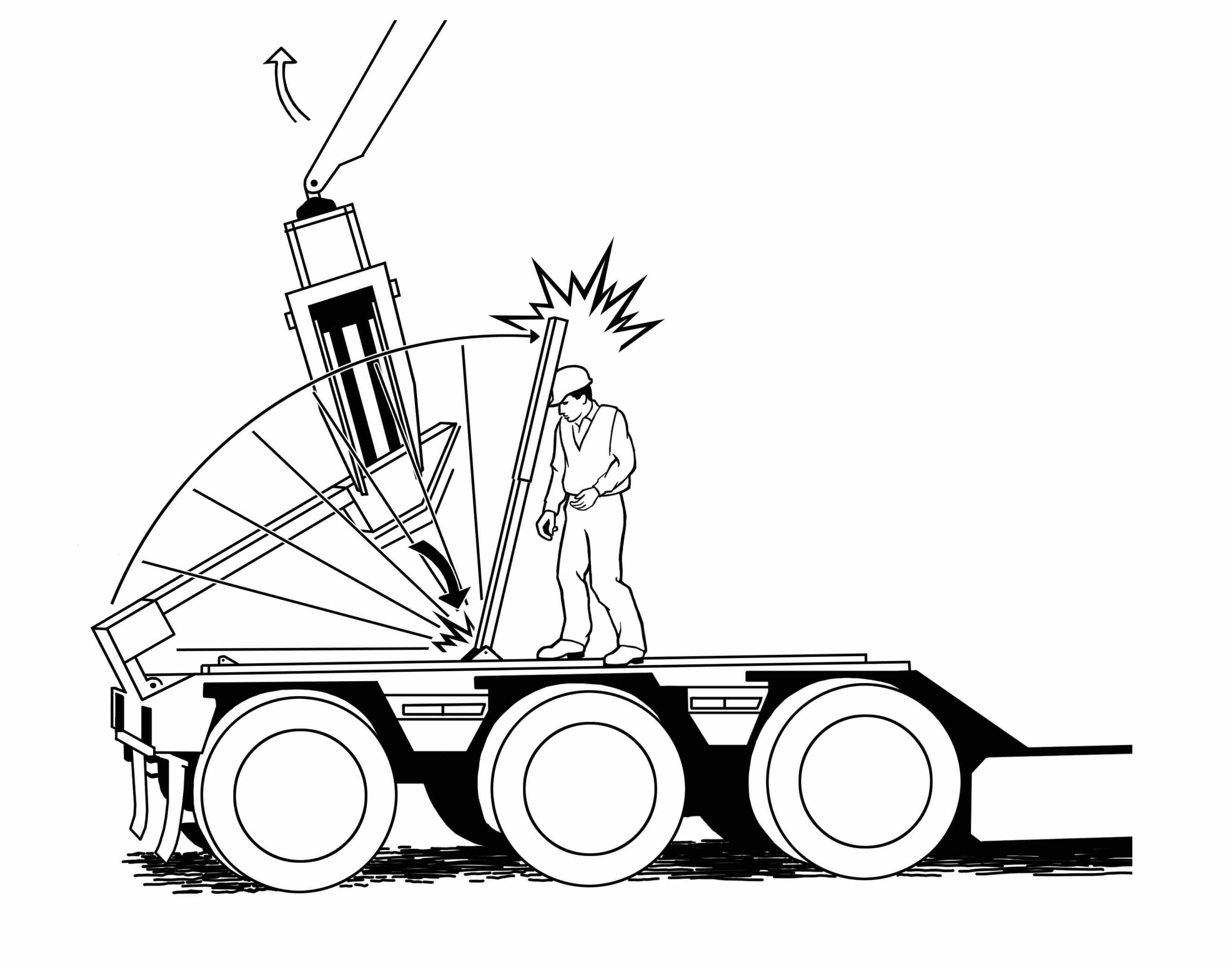 On a fall day in the Pacific Northwest, a lowboy operator and a shovel operator were positioning a boom stand on a lowboy trailer in preparation for loading a shovel.

Both the lowboy and shovel operators had prior experience in moving procedures.

Their employer had an established procedure for lifting or lowering the boom stand using a chain attached to the grapples of a shovel. Instead, the lowboy operator directed the shovel operator to use the shovel’s grapples to lift the boom stand into place.

The support arm flipped up and struck the lowboy operator’s hardhat, causing him a serious head injury.