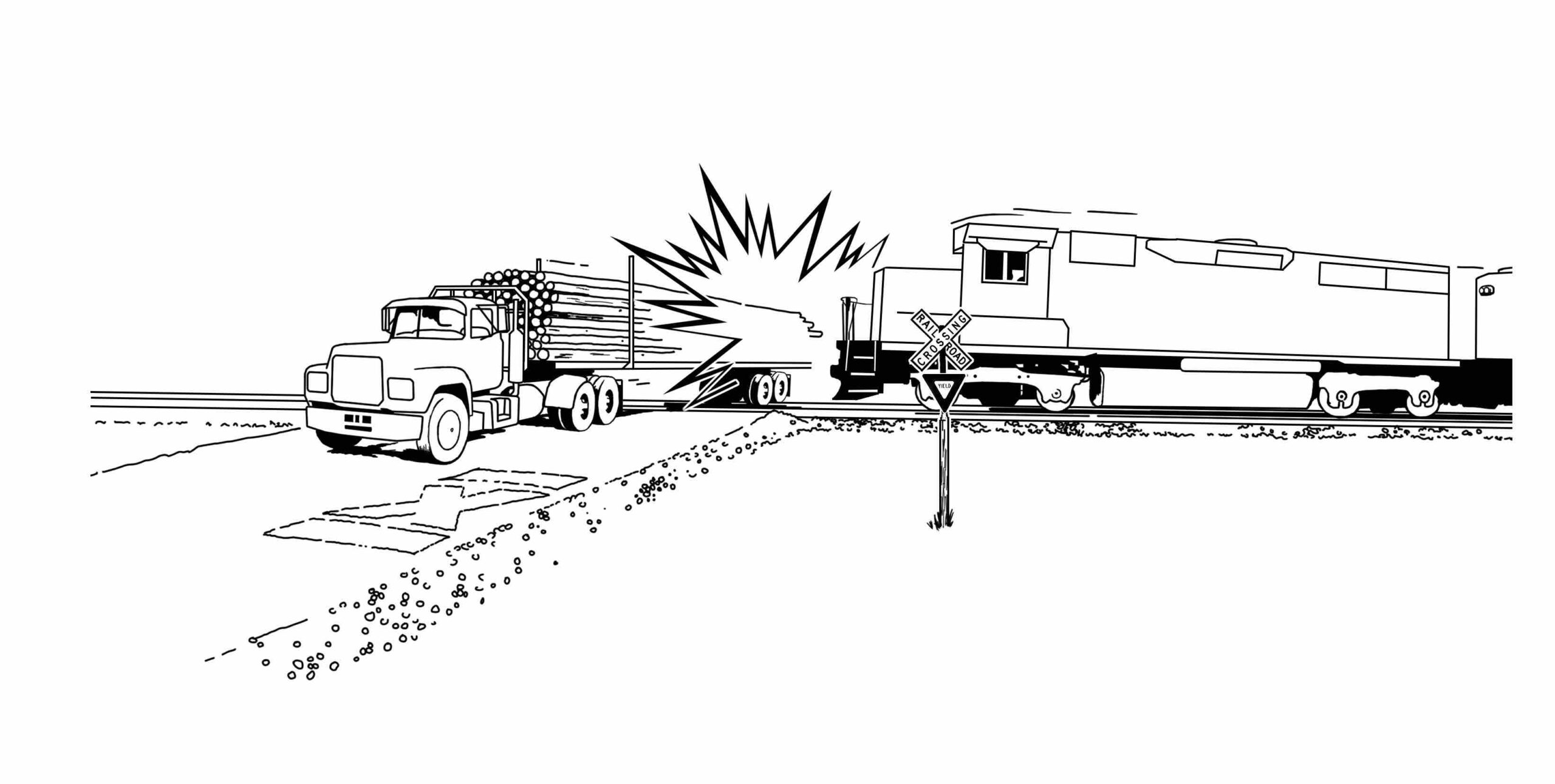 On a January day in the Lake States Region, a driver of a fully loaded truck hauling pulpwood failed to stop and entered an uncontrolled railroad intersection resulting in a train truck collision.

Road conditions at the time were fair, partially snow covered. Weather conditions were cloudy, and visibility was good. The approach to the railroad crossing was appropriately marked with signage in two locations warning of the crossing. The truck driver did not come to a complete stop. Rather he rolled up to the crossing. By the time he noticed the train was coming, it was too late to stop the fully loaded pulpwood truck and trailer. The driver attempted to cross the intersection before the train reached it.

The driver and cab of the truck made it through the intersection, but the fully loaded trailer was struck by the train near the rear axles. The collision resulted in pulpwood being scattered at the scene. The highway and rail intersection were closed until the accident was assessed and pulpwood picked-up.

The driver was extremely fortunate in this instance and suffered no injuries.