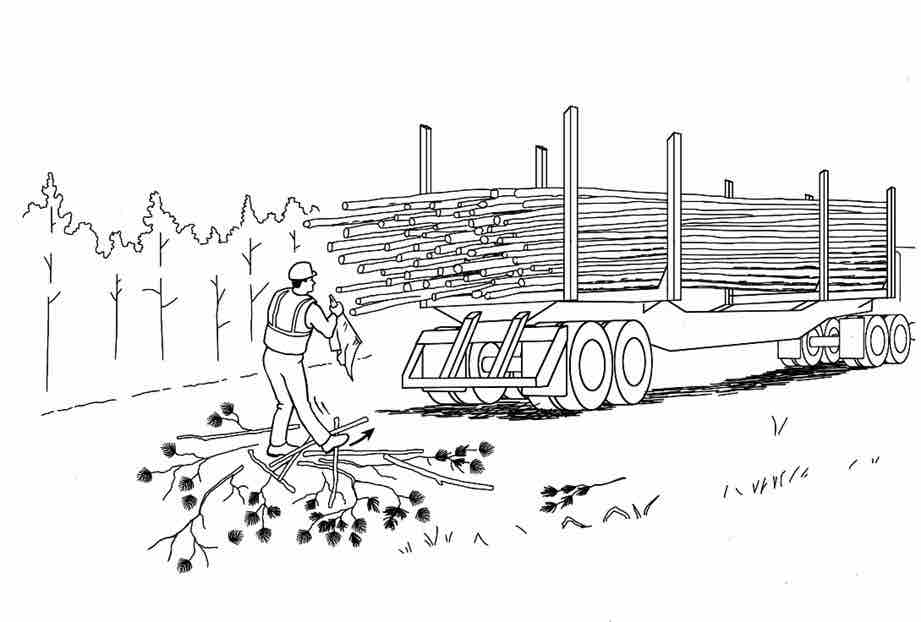 On a clear, dry, winter afternoon in the southeastern U.S., a log truck driver was preparing to attach a high-visibility end-of-load flag on the back of his load of tree length pine pulpwood.

The 60-year-old driver had been working for his current logging employer for three years, but his trucking experience spanned 35 years. He was considered a safe and careful driver and was wearing the appropriate personal protective equipment.

After a logging crew worker had used a pole saw to cut off some overhanging and rough topwood, the driver walked over to the back of the truck. Instead of first pulling the truck forward to move away from the loader as was customary, the driver immediately began attaching a flag while stepping on top of some end pieces that had been trimmed from the load.

The driver slipped on the end pieces and fell, landing hard on his right knee and his left shoulder.

The driver went home after delivering the load but didn’t think he was hurt beyond “soreness.” The next morning he was so sore he could barely move. He went to the hospital. X-rays and follow-up test results were negative; he had suffered a severely bruised shoulder and a knee strain. He lost one day of work and required pain medication as his minor injuries healed over time.